July 23, 2012
I thought I would do an update on my wild garden.  I wrote about it in June 2010 and when I look back at that post it looks a bit more restrained than it does at the moment. 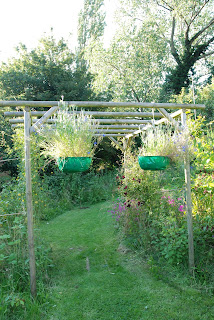 The Wild Garden is about one quarter of my back garden, it is the top left hand side.  I have a pergola and a line of pleaching hornbeams to delineate it on one side.  The pond forms part of the boundary, sort of, in a way; and the prairie borders are to the right of it.  It has a distinct sense of space about it. 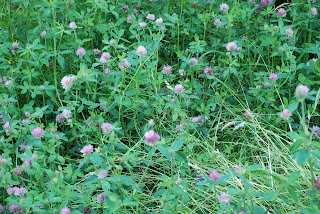 I knew when I first looked at my garden, about five years ago, that this top bit would be the wild area.  It felt like it should be so, I cannot explain it any better than that.  The garden has led me with its design, not the other way around. 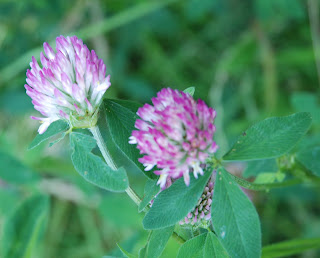 In its first Spring I planted quite a lot of native wild flower plugs.  These pretty much did nothing in that first year.  In the second year I was not convinced any had survived really but by the third year suddenly there were flowers and things were starting to happen. 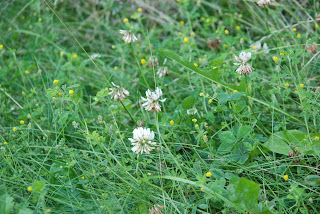 Of course now I cannot remember exactly what I planted and what has just appeared.  Some of the plants clearly were around to being with. 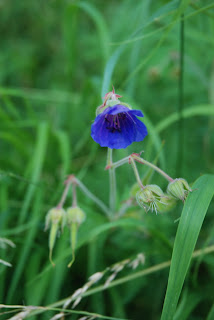 I did plant these blue cranesbills, they are really doing well now. 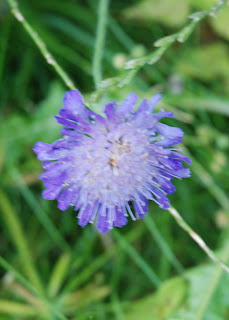 I also planted these scabious, but they pop up in different places now so I think they are moving around a bit. 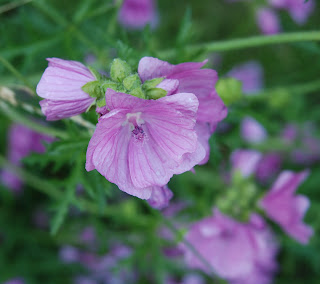 I do not think I planted this wild mallow though, it also pops up everywhere and is very pretty. 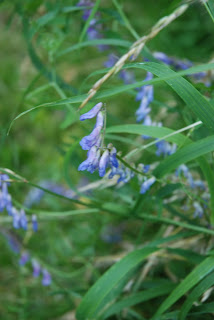 This appeared this year, no idea what it is, it looks like its a pea relative to me. 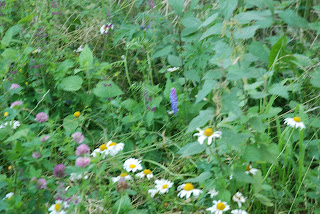 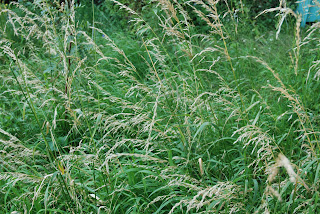 The grass has done well this year, now its perked up a bit after being so flattened by the constant rain we have had recently.

There are some good seed heads, I have a lot of Queen Anne's Lace in this part of the garden and the seeds are as pretty nearly as the flowers. 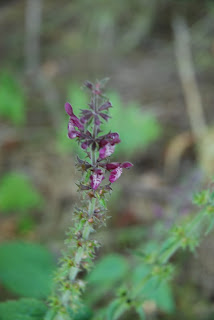 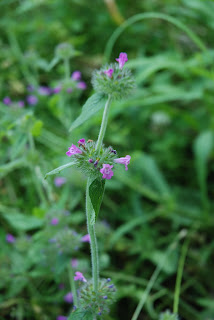 and this..... (when I refer to things as this, it means I do not know what the name is) 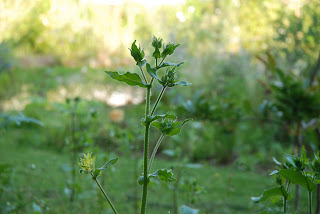 I think this might be ragwort, I have lots of this. 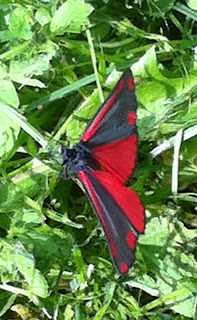 However, ragwort has its benefits, namely the Cinnabar Moth lays its larvae on them, this is a very pretty moth so I am pleased to have it in my garden. 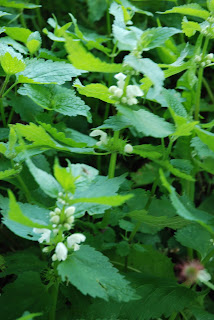 I have a lot of nettles, 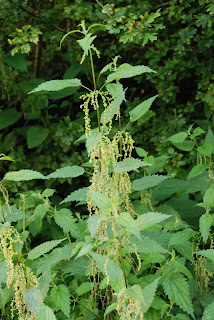 some very painful and very tall nettles too. 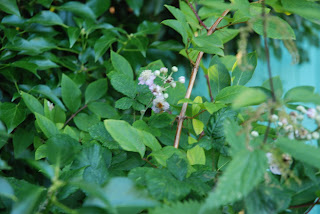 Around the edges of the garden there are many blackberries and they wander through into the wild garden.  I do try and remove them when they get into the garden itself though, it is a bit like growing razerblades. 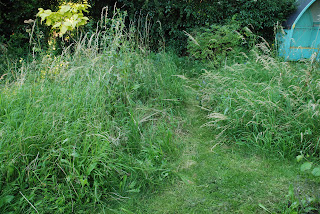 I cut paths through the wild area so that I can wander around it and see how the different areas grow.

Of course one challenge with the wild garden is that in a garden where self-seeding is encouraged, some of these plants do take that as a very open invitation and I struggle to control some of it.  I admit I do spot weedkill the some of the ragwort and some of the nettles too to try and keep them in this area only.  I also need to control them or they will swamp out some of the other plants.

So there it is, the Wild Garden, still a bit miffed if truth be told.