July 29, 2012
As part of the trial I am doing for Thompson and Morgan I was sent nine Lily Lankon bulbs.  I have actually given up growing lilies because I am fed up with Lily beetles ruining them.  I squish the little red g*ts whenever I see them, but they rampage all over the garden.  I do worry a little about lily pollen and my cats too, but in honesty it has never actually caused me (or them) a problem.  Anyway, I do like lilies a lot so receiving some was not an unwelcome part of the trial. 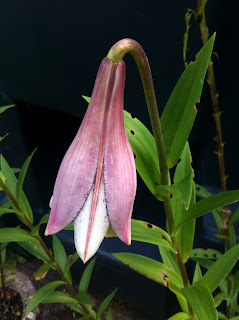 As you can see from this photograph the lilies have been attached by lily beetle, the foliage has suddenly got a lot of holes in it. 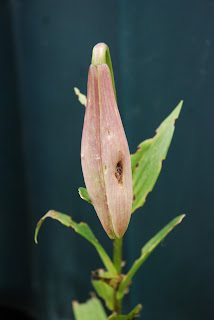 Some of the buds have got damaged too. 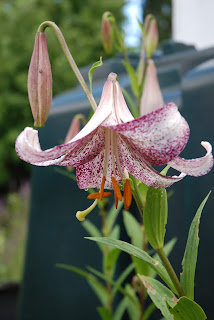 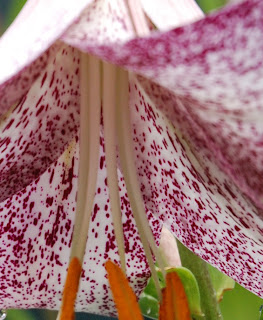 It is worthy of a closer look.

I am using the lilies to hide my oil tank 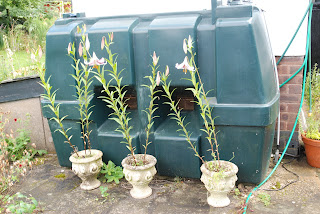 I can hardly see it.