The Trial 2 - The Begonias

May 18, 2012
Back in early April  I started to write up about the trial I am taking part in for Thompson and Morgan.  I thought it was time I did an update and as there are now quite a lot of different plants involved I decided to concentrate on the begonias today.

The first batch of begonias arrived back in March, Begonia 'Apricot Shades'.  I mentioned in my previous post that I am not a fan in general of much that is apricot, not even apricots.  However, they started off well but then got quite badly affected by the frost.  My greenhouse is unheated and I think they needed more protection than I gave them.  On saying that, some that looked like they had mushed away are now growing back and from the original twelve I think I  have nine left.  I am not getting rid of the three dead looking ones yet as new leaves may yet appear. 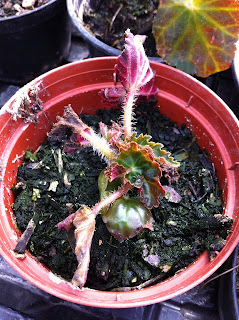 Most are growing strongly: 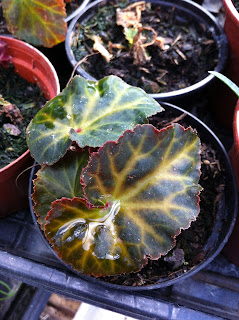 and this one is soon to burst into its apricot loveliness 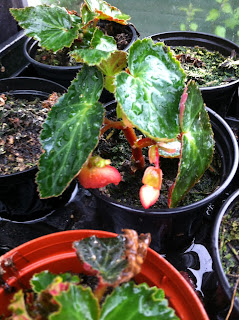 The second batch arrived early May, there have still been some chilly nights but these have coped better.  They are Begonia Red Splash and I think it shows that size and timing matter. They were larger plants to start with but I have to say somewhat squashed into their packaging which was a bit of a shame. 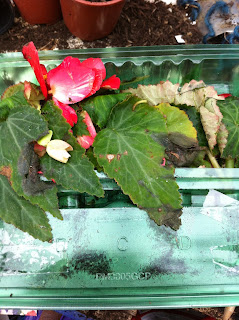 A couple of weeks on and they are growing well, as you can see they were budded and flowering when they arrived and now they are unfurling and taking on a good shape too. 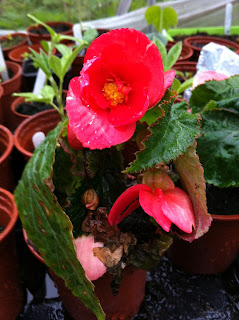 The one above is clearly red; 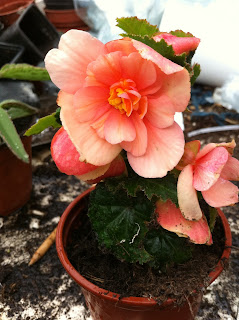 This one clearly isn't - in fact is looks suspiciously apricot to me.  It is a pretty flower though, I rather like it.  I admit though I have no idea what to do with them.  I don't really use bedding plants but I have lots of containers and I think I can see a way forward.  I mentioned previously one of the things I am enjoying most about this trial is growing things I would not usually dream of and being forced to think of what to do with them when they are ready to go out.  Having my imagination pushed is a good thing.

I shall write again soon on some of the other plants and seeds from the trial.