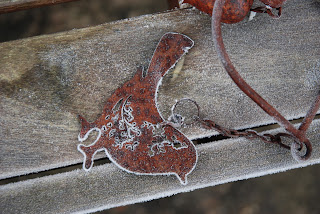 The first batch of serious frosts have started to kick in now we are in December.  Its been quite mild until now, but suddenly this week the temperatures have gone down and stayed down. 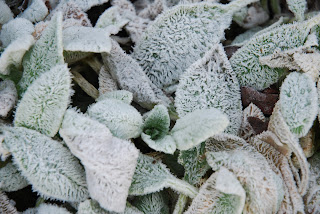 The difficult side of this time of year is that it is barely light when I leave the house in the morning so there is no opportunity to take the obligatory frost photographs until the weekend.  So a good hard frost on Friday night was serendipitous as it meant I could get out with the camera on Saturday morning. 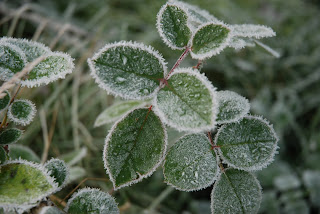 and it has been cold, not as cold as this time last year when we were frozen solid for weeks and much harsher temperatures too, but cold enough to frost the garden. 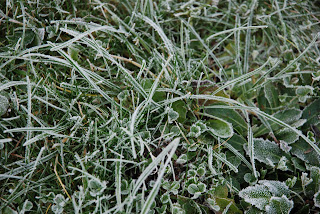 Even the weedy grass looks better with a bit of frost on it. 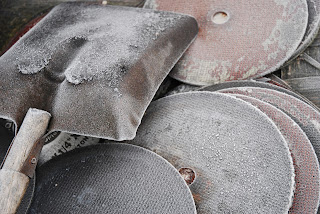 I have no idea why these sanding disks live on top of the coal bunker, but they do and they look better with frost too. 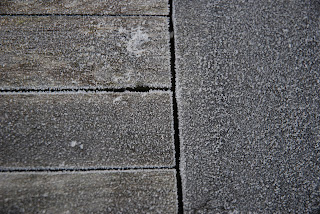 The pattens of the frost are so beautiful. 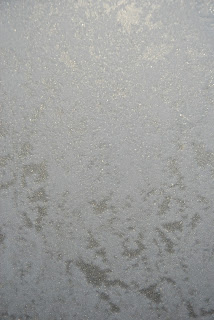 and the poor flowers that have managed to survive for so long with the mild autumn now look very cold. 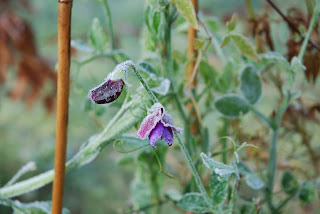 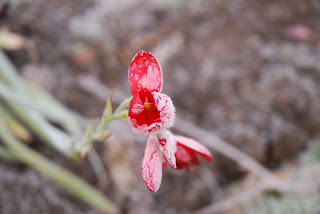 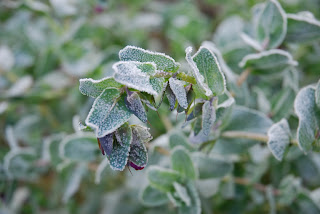 This cerinthe will not look so good for very much longer..... 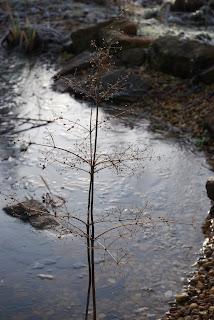 The pond is quite frozen too so I am worrying about gases being trapped under the ice and frogs suffocating, that happened last year I have rarely seen anything so pitiful as the frozen frogs trapped dead under the ice.  I don't want that to happen again. 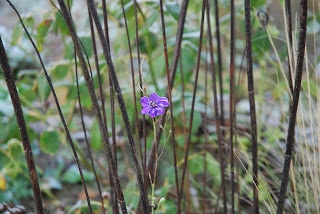 So it is now the time of year for frost, snow and rain and the small glimmers of stark beauty that appear to be treasured.