November 04, 2011
It is the time of year for foliage and berries.  Generally in Autumn we remark mainly on the turning of the leaves as they move through the shades of yellow orange and red.  It is a final fling for the deciduous trees as they shed their leaves before winter sets in.  It is the signal of the nights drawing in and the arrival of frosts and fog. 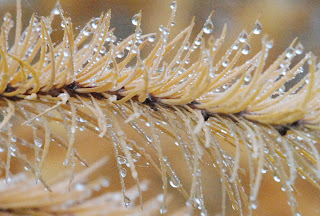 In general, and a swift eye around my garden will confirm this, I am not a fan of evergreens.  There is a lone conifer near my front gate, which to honest I often pretend is not in my garden at all as it just sits there being sort of green and pyramid like.  I find it dull to be honest, its saving grace is that collared doves nest in it every year at which point I forgive it a little.

I also have a Manx gorse bush, it is Manx because (surprise surprise) I bought it on the Isle of Man and it is the national flower of the island.  Its not hugely big at the moment and flowered for the first time last year.  I like its thorny/spikiness and the shock of the yellow flowers in the spring. 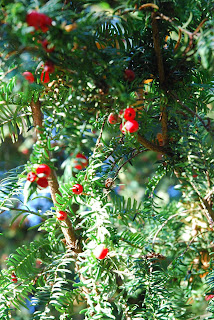 As ever I do not believe you can dismiss a whole set of plants, whilst I often say to people 'I don't like conifers', I have to qualify that with the list of ones that I do like - thus proving I do like them actually, there are just a few that I don't.  So when I say I don't like evergreens, what  I mean is, I think they are very beautiful, like the yew above, but shove a laurel in front of me and I will not be happy. 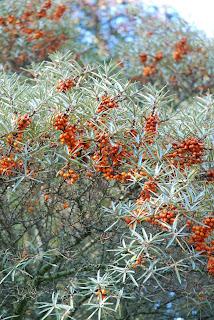 and at last I reach the point of this post (at last!).  I think that this (above) is a pyrocantha - I spotted it on my recent trip to Westonbirt.  I tend to view pyrocanthas as 'supermarket planting', implying a sniffy snobbery that means I never go to supermarkets and certainly could never approve of their planting.  In truth I do think of the planting as a good attempt to deal with an ugly car park, but they tend to be litter-catchers.  Anyway, this was pyrocantha growing free in the wild of the Silk Wood, unfettered, rarely if ever pruned, just growing as it pleases..... 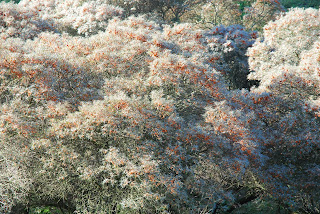 ...... and it looked amazing - so beautiful - like smokey, jewel laden clouds; thus proving yet again:  its not necessarily the plant that is the issue, but where it is and how it is allowed to grow.