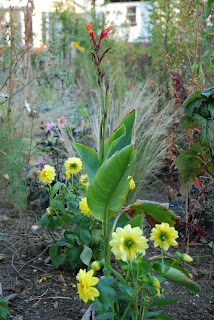 I have a rather grandly named 'dahlia border'.  It still amuses me that I have taken to naming the borders, but it sort of happened without me thinking about it.  The dahlia border is probably the sunniest border I have.  Just to the left of the pond about mid-way in the garden.  It gets sun almost all day until late afternoon when the sun dips behind the hedge and from when it was created I knew that it was a good place for dahlias.  Sadly last winter I lost nearly all my dahlias even though I stored them as usual.  This was quite a blow, particularly the Dahlia Ragged Robin which was several years old and a great favourite.  I decided that this year I would buy a few, but mainly grow from seed. 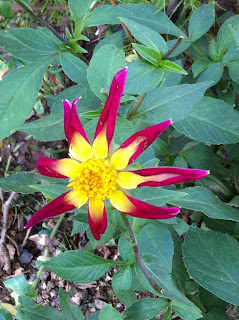 Tahoma is one of the ones I bought, and I like it very much.  This one I shall definitely grow again. 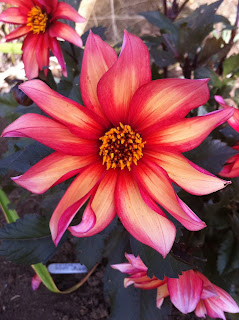 Waltzing Matilda was sent to me in error, I ordered Dark Desire.  I grew this one last year and I was never really sure if I liked it or not.  I have grown quite fond of it though now.  Its weird almost psychedelic colours seem not so bad now.  I actually want more now for next year, so will endeavour to keep it alive over winter so I can take cuttings next year. 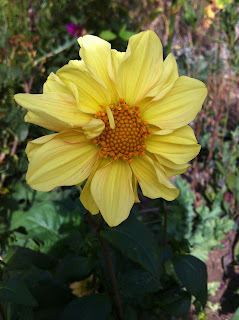 My seeds came from two collections.  To a point I have to guess which ones came from which.  Some are Bishop's Children and some are from a mixed Twinings Collection. 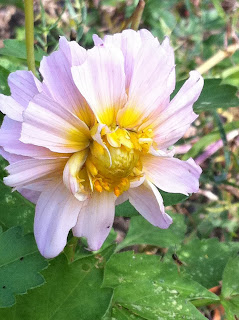 They germinated well, but are not hugely tall.  This could be due to lack of rain of course.  Some like this one are rather wishy washy and not what I would have chosen; and yet I have not dug it up.  Must be more tough! 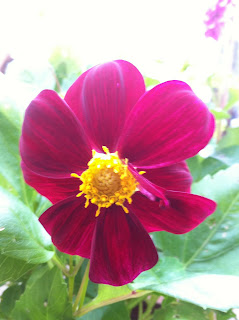 Others, like this one, are a great colour, it is like red wine, but this one has not flowered heavily. 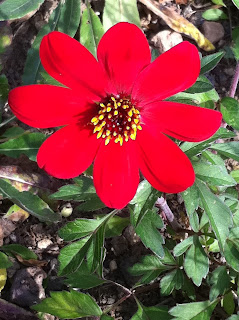 This one shows its parentage well and it a delight.  Again though it is a bit small, but it has flowered away all summer. 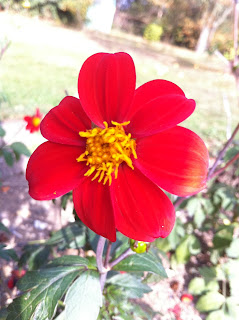 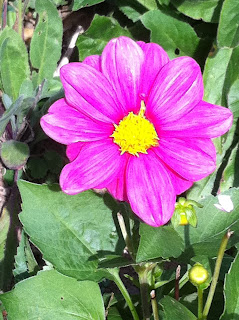 The pinks are good. 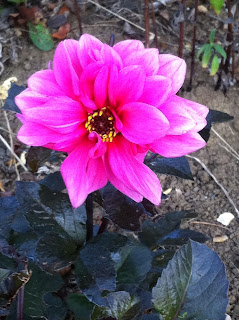 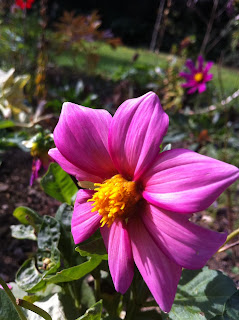 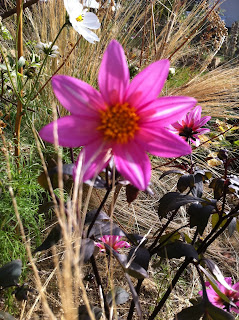 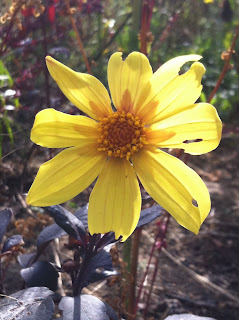 I think this yellow one might be one of the Twinings mix, but to be honest it is hard to tell.  I do rather like it, a nice single open flower and good dark foliage. 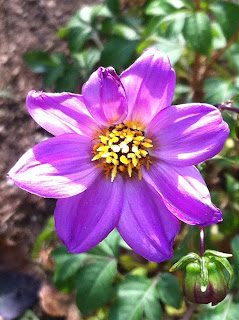 I think this one though remains my favourite: Dahlia Merckii.  This one is now in its second year, I have another that has been growing for three years now and it quite strong.  I did sow more seeds for this this year, but something ate them in one gulp in one night.  Next year I will try again.

I have just stopped dead-heading my dahlias.  I reckon there is a couple of weeks before the first frost so if I can collect some seed this will make me happy.  I am on a real mission this year to collect seed and propagate plants from what I already have.

So that is my crop of dahlias this year.  The border didn't actually look as good as it has in previous years because it lacked the height I wanted, but there is always next year.