September 26, 2011
The first gardening I ever got involved with was with my then neighbours, the Smallwoods.  I was about four years old and I would spend long amounts of time next door helping them in their garden.  They had no children of their own and I think they enjoyed passing on their gardening knowledge to me.


One thing they had in their garden that I greatly admired was a huge horse chestnut tree.  As a child I loved conkers; not playing games with them with string put through them, that damaged their glossy auburn beauty.  I just wanted to collect and own them.  Not really understanding why these bright jewel like seeds turned into dark brown dried up things within a matter of days. 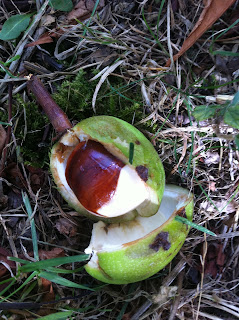 I tried to grow a tree from a conker many times.  I could get them to germinate but my mother said you needed a big garden to grow one and so they were never planted out.  Of course I had no idea either how long it would take my inches tall seedlings to be a conker-producing tree.

It was a great delight when I moved into my current house to find a large conker tree at the bottom of the garden.  A dream come true!

The first year I lived there, there were no conkers on the tree.  I moved in in September so I sort of thought maybe the previous owners had collected them all already (how could they possibly leave the behind?)

The second year there were no conkers on the tree.  It had a few sparse flowers, but no actual conkers.  Such disappointment.

Last year again a few sparse flowers, but hurrah hurrah - I collected two conkers and was hugely pleased by this development. 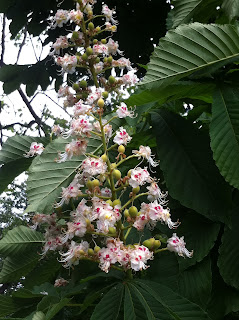 This year the tree was covered in flowers.  I got quite excited.

I watched as the small conkers developed. 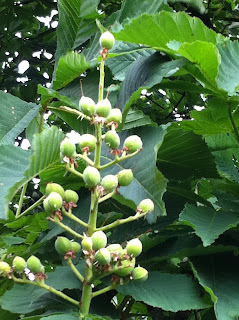 I kept an eye on its progress... 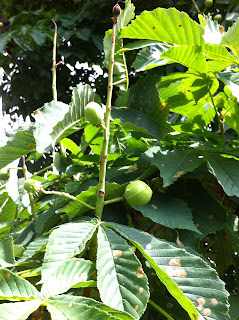 .... and joy of joys conkers actually came to be. 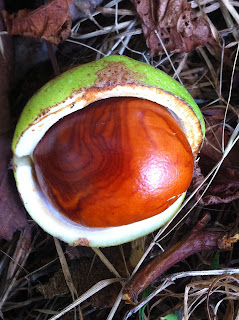 It even had quads 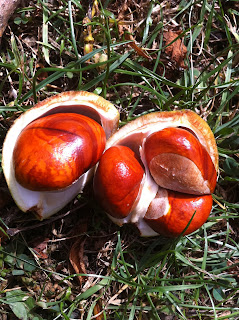 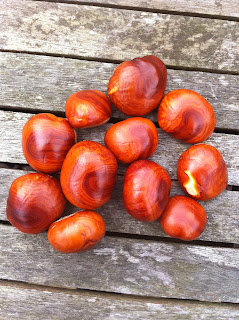 Now I admit this is not a huge amount really, but considerably more than I have had before.  Which raises questions.  I have no idea how old the tree is, but it is fairly old from looking at the size of it.  I have also failed to find out how old/large a tree has to be before it provides conkers.

It is well known now that horse chestnut trees are under threat from bleeding canker, my tree currently looks ok, but cases have been reported in the Midlands so I hope that it stays safe.  I would hate a situation like we had with Dutch Elm's Disease and the devastation of the population of this beautiful tree.