Of temper and gardening

June 18, 2011
As an avid tweeter, it was not long before I came across Anne Wareham on Twitter.  Anne is the author of 'The Bad Tempered Gardener' (Frances Lincoln Ltd 2011) and my daughter kindly bought me the book for my birthday.  This book has been much reviewed and commented upon, so to a point what is there left to say?  But since when has that stopped me from putting in my two-penn'worth. 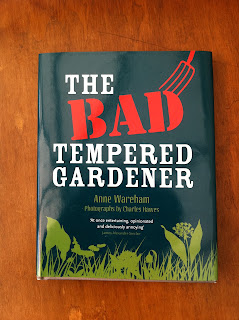 The title is explained as a play on the title of the Christopher Lloyd classic 'The Well Tempered Garden' (Cassell & Co 2001, first published in 1970).  This is without doubt my favourite gardening book.  One reason that I rate this book so highly is that it is not full of glossy photographs, the text is sufficient enough.  Unlike most gardening books I own (and I own a lot), this is a book I do not dip in to and put down; I have read it from cover to cover several times.  It stands as a good piece of writing on its own, not just a good piece of garden writing. 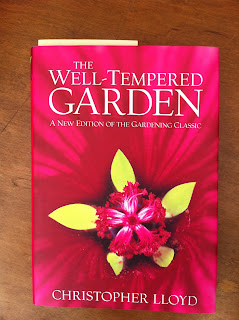 But back to Anne's book.  I think it fair to say that Anne never intended it to be judged in the same league, it is a play on titles not a comparative work.  Anne's book does have beautiful photographs taken by her husband Charles Hawes, but not too many or large to make it a picture book; the text is clearly the important thing.

I am not going to comment on the temper or not of Anne.  I cannot get surprised that an intelligent woman is capable of having an opinion, never mind more than one.

When I read the book what delighted me was that the oft mentioned contentious opinions do not overwhelm the book.  I thought the book well structured.  Others have said it dots around a bit, I actually found this a useful mechanism.  There are the chapters on the garden, various plants and the things Anne wants to share her opinions on.  It starts with an introduction to herself and her husband, then to the story and history of the garden itself before starting onto what is the meat of the book.  If the book did not move around from subject to subject it would be too dense to read and would feel unbalanced; whereas I think it keeps you interested by changing tack for each chapter.

The book contains a wealth of subjects, from choosing mowers to deal with meadow grass to discussions of hellebores and hostas.  Anne also talks us through the development of the garden, what went well and what has not gone well.  I particularly like that Anne talks through the history and the meanings of the garden.  I enjoy particularly gardening that has meaning as well as being beautiful.

I have not met Anne yet, but the book has a really strong voice to the point I feel I can hear her speaking.  It also is a very personal book, it deals with her relationship with her garden and her husband and how these are clearly totally entwined.  This gives the book an emotional touch that was not expected.

I don't agree with everything that Anne says, but then I don't think I have read a gardening book yet where I have agreed with every word.  Gardeners have their own opinions on what they like, what they don't, what they do and how they think it should be done; this is not news.

It is well worth a read and hopefully Anne will not mind my temerity in writing this, I will meet her in a couple of weeks when I am going to visit her garden Veddw and The Laskett (Sir Roy Strong's garden) so I hope I am still allowed in!