May 13, 2011
" 7 August 2001  Three men are pruning back the trees.  The holly in the backyard is being reduced by half to see if it will look better.  If it doesn't, I will have it totally removed."  This is how my garden journal writing began. 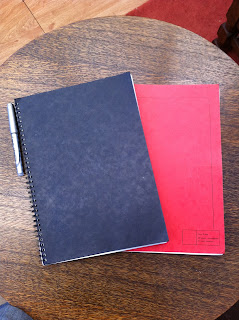 Since that date I have noted down whenever I have worked in the garden.  Listing what was in flower and when.  What was looking good and what was not and where I could see room for improvement.  If I had a good idea about what could go where then I would quickly write it down so that I would not forget.  I still keep this journal faithfully.  Every time I get out in the garden I note down what I have done.  There are lists of all the bulbs and seeds and plants I have bought/planted.  I note down the first daffodil opening, the first rose and the first leaf drop.  I note down most frosts so that I know when the first and last frost is each year.

When I have written in the journal I often look back to previous years, see what I was doing, what was happening and most importantly what I was thinking, so if I think I need more or less of something I will note it down.  I make plans of my veg borders so I can remember what was in each one each year and can rotate the planting.  If something has worked well I celebrate it, if it hasn't I lament and suggest a solution so that when the time comes I know what my initial thoughts were.  This process of iteration can be invaluable especially when dealing with tricky areas.

A lot of it is mundane and written purely for myself as reference and reminder.  It is not great literature but it serves its purpose well.  A key part of my garden is my journal, I would not be without it. 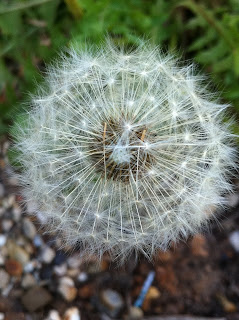 26/04/2002  Cut the grass and did the edges.  Did some gentle weeding.  Planted out geraniums and daisies bought as plug plants.  Everything seems to be growing well though things still very dry, but rain is due next week.

26/04/2003 Cut back forsythia quite hard.  Had lots of rain over last couple of days.  Garden is suddenly growing fast!

24/04/2004 Cut grass, did edges and general weeding.  Cut back forsythia and fuscia not as hard as last year.  Potted on sanguisorba, helenium and cosmos seedlings.  the datura seeds have just started to grow.  Garden is looking really good. 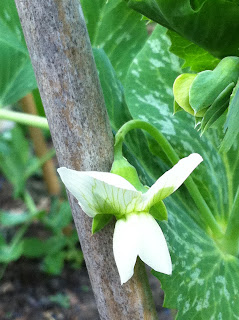 01/05/2006  Moved in a few weeks ago.  Sorted out front garden a bit.  Planted a magnolia stellata which is now flowering well.  A clematis, 2 red 1 green acer, a piris, a rhodedenron, some daffodils.  One of the Calke wallflowers from home and some nasturtian seeds which currently are doing nothing.

16/09/2007   Moved in on the 10th.  Planted tree fern and a canna on the Friday (7th).  Tree fern was very dry, so I hope it will be happier here.  Did first real planting today of some hollyhocks and daisy seedlings.  Also some Salvia Gergorii cuttings and some foxgloves that had self seeded in plant pots. 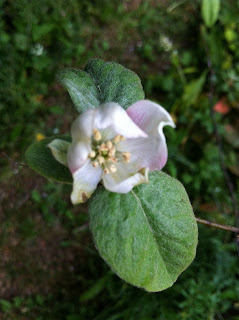 26/04/2011  Not a big gardening day.  Removed some of the sweet rocket that was badly placed and also two of the ornamental rhubarbs, has made some good space in the borders.  Also moved the odd grassy thing that was in the border, split it into three and placed it closer to the pond edge.  I like the idea of grasses around the pond.  Lots cooler today, more cloudy, but will it rain?

My journal is my garden history.

Am I obsessive - yes.