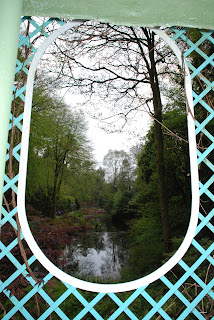 Many people visit Portmeirion every year, but I wonder how many explore Y Gwyllt, the woodland that surrounds the village.  It is there, you cannot miss it, Y Gwyllt is the backdrop that so beautifully frames the Italianate village that is the main attraction.  Don’t get me wrong, I love Portmeirion, I love all of it, but not to wander around Y Gwyllt is to miss a major part of its beauty.  Let’s not forget, Clough Williams Ellis’s aim was to demonstrate how architecture could complement and enhance the landscape rather than destroy it.  The juxtaposition of Y Gwyllt and the village demonstrate this beautifully. 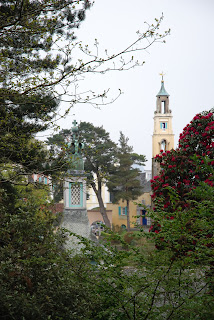 Y Gwyllt has it’s foundations in the Victorian plant collecting activities of Henry Westmacott* and Sir William Fothergill Cooke*.  The exotic delights of the Gwyllt were largely introduced by Caton Haigh*, son of the owner immediately prior to CWE acquiring the land. 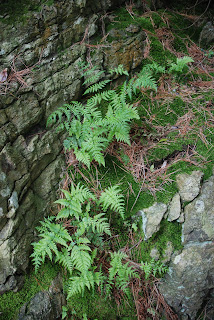 Y Gwyllt was neglected for many years prior to the arrival of CWE and this neglect in many ways preserved its beauty.  Nobody saw fit to change it or update it to the latest planting fashions.  CWE bought up the land surrounding the village to ensure it was kept safe from development and restored the pathways through Y Gwyllt.  The greenery of the woods is the perfect foil for the village. 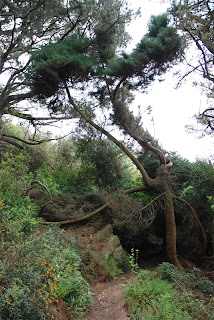 The area is vast, it completely surrounds the village.  There are a variety of paths through it, many are steep, sometimes slippy and even in the driest summers there are muddy bits to get around.  But it is worth it.  You can disappear into its realms for a couple of hours and even on days when the village is full of tourists you are suddenly alone, rarely passing anyone else on the same voyage of discovery.  In the distance you can sometimes here the sound of the steam trains running from nearby Porthmadog.

As you follow the paths around there are amazing examples of Victorian rhododendrons with their ageing trunk/branch structures that create dark, murky spaces with the foliage and flowers creating umbrellas of colour overhead and carpets of fallen petals. 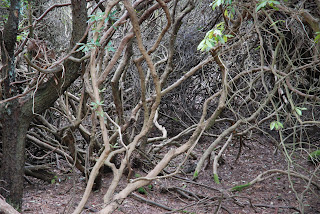 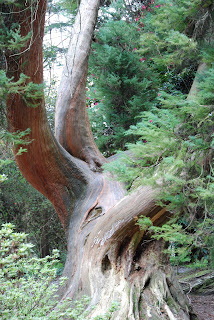 The trees are exceptional.  Sky high conifers, redwoods and oaks.  It is virtually impossible not to place your hand on the trunks of some of these trees, the colours and textures just beg to be touched. 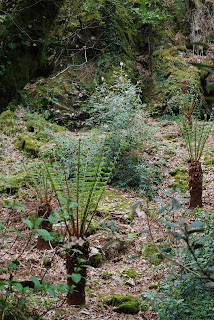 There are glades of tree ferns and the stunning white barks of eucalyptus.  During spring the camellias glow with colour.  All around you is the sound of birds and insects and you drift through clouds of scent that make you stop and pause as you try and identify where it is coming from. 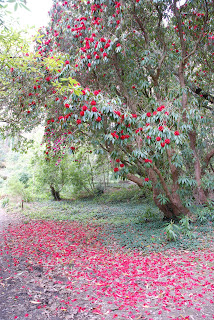 A legacy from the Haigh era that CWE and family upheld is the dogs’ cemetery.  Now guarded by this statue of a dog that has weathered from a deep red to this dark patina.  You walk from the dark paths into the shady glade where the grave stones are decorated with some old decaying toys, plastic flowers and the natural confetti falling from the surrounding shrubs. 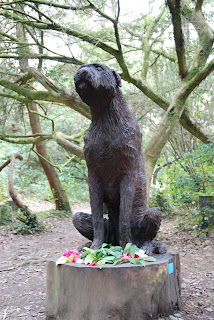 At various points along the route there are viewpoints out to the sea.  You suddenly come out into the light and the stunning scenery of the coastline hits you.  My favourite viewpoint is right at the edge of Y Gwyllt – we call it ‘the end of the world’ as there is no further that you can go.  It is always deadly quiet except for the sound of nature around you.  It is compulsory to sit on the bench for a while and just breathe.  A natural silence descends and it is peace. 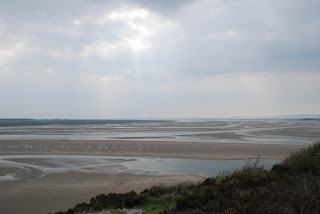 Walking around Y Gwyllt is about light and dark and discovery.  I have been wandering the paths now for over a decade (on and off) and still I find places I cannot recall visiting before.  It is also difficult to find the same path to go to the same place twice.  Are some of the paths in a different dimension?  Do you move from time-line to time-line as you go?  It feels like anything is possible. 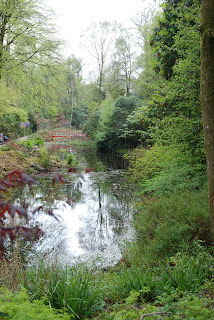