I first joined Twitter in 2008 by recommendation of my geeky kid brother.  I did a few half-hearted tweets then got bored and wandered off to have a virtual life on Facebook.  Last year I developed a new interest in Twitter largely due to the arrival of a new VC at work who has an impressive Twitter habit.  I started tweeting about my garden and suddenly people were following me and I found new people to follow and the whole thing has snowballed since then.  This has given me conversations with people I have never met.  I have had the temerity to tweet ‘celebs’ and know the tiny thrill when one actually replies (not often).  But the main excitement is the amount of gardening knowledge I am picking up every day from the amazing blogs of the people I am finding out about.  I am learning so much, tips, plant names I now desire and also about gardeners on other continents.  This is brilliant and I love it.
I love the blog-world too.  I have recently been accepted by Blotanical (which I would never have known about had the Patient Gardener not mentioned it in a tweet).  Being accepted felt like winning a nobel prize for literature.  Maybe I exaggerate a little, but I was delighted and excited and truly encouraged not to stop whittering on incessantly on line.
So maybe actually this is a warning – I am probably the monster you have created. 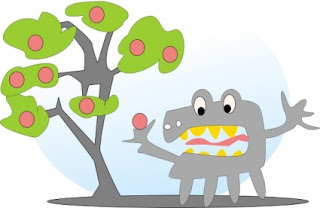