Book Review: The View from Federal Twist by James Golden

From time to time I receive invitations to review books that sound just that little bit different and I say yes in the hope that they are.  I was invited to review this book and it went above and beyond what I could have hoped for. 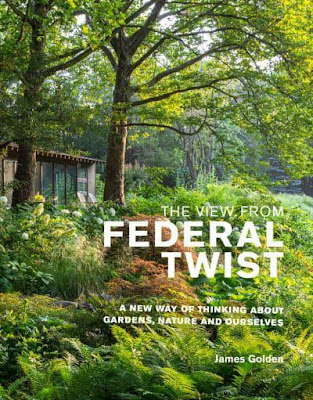 I have not paid for this book and I have not been paid to write this review, my words and opinions are my own.
Really I just want to say to you 'buy the book, it's amazing'.  You might need a little more information that this but in reality it is all you need to know.  I will however explain why.
The creator, or should I say co-creator of Federal Twist is James Golden who has been gardening this once neglected woody area by the Delaware for over fifteen years.  I say co-creator as James has gardened with pervading nature of the space, not against it.  The gardening of Federal Twist appears light but impactful, it is considered and considerate.  Areas have been cleared and planted but the overriding theme has been to retain what James calls 'the original spirit of the place'.  Indeed, thinking about the 'spirit of the place', or 'genus locii' is vital to understanding how James gardens. 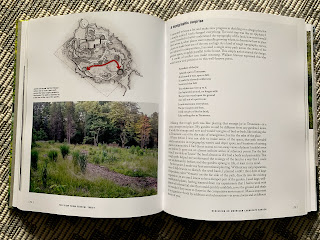 James takes us through how the garden has been created; from first sight to first steps and its realisation. James explains how siting the first path in itself revealed so much to him about what his garden was and could be.  He began to understand the topography of the area, where was dry and where was boggy, where the sun fell and did not fall. 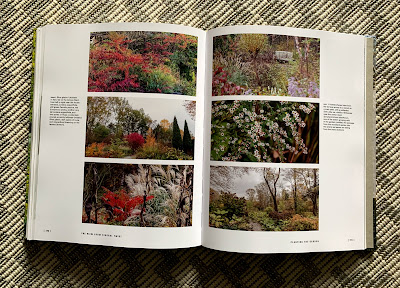 James talks about the plants he has used and how the garden changes through the seasons.  He also talks us through the history of the land, from the Native Americans who gardened the forests to the Irish navvies digging canals through it is present and yet grown over and hidden. 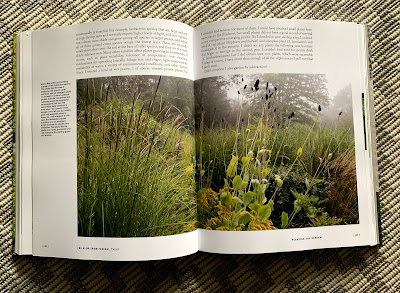 Possibly the area of the garden that intrigued me most was The Mud Garden, it is a humorous name and made me think of my sometimes muddy garden.  James explains "I first thought it would be a corner of the prairie garden and assumed I'd eventually get to it.  But it didn't want to be that and it bothered me until I felt I had to give it attention"*  I have often said that the garden tells me what it wants me to do or what it should be so this really chimed with me.  There the similarity between James and myself ends, his garden is a masterpiece and this part of the garden is just stunning.
The last chapter of the book is based on a quotation from Monty Don's series 'American Gardens' where he talks about Federal Twist: "Even after 50 years of gardening and visiting gardens, it made me rethink what a garden can be and do."**  which in itself is a huge statement.  It is in this final chapter where James in particular talks about making the garden in the way he wanted to: to avoid tilling and to minimise disturbance.  He also talks about how he felt about the garden emotionally and philosophically.  There is an intense relationship between James and his garden and part of me can identify strongly with this.  I am in awe of how James has vocalised this relationship and made it real.  The last paragraph in the book is both astute and deeply meaningful.  This is an important book for gardening and gardeners.  You might just think it is a nice walk around a beautiful garden but it is much more than that.  It is intelligent and thought provoking.  A book to read more than once and to make us think again and again.
Just buy it and read it - you will not regret it.
The View of Federal Twist by James Golden is published by Filbert Press
Stay safe and be kind.
For more from the Blackberry Garden follow me on Twitter and Facebook
* p.112
**p.226 Federal Twist
Book Review Federal Twist James Golden