Episode 2 - Ladder to another world

April 03, 2014
Or the Hop Hornbeam, aka Ostrya carpinifolia

At a recent visit to Hammond Arboretum I met this rather fantastic tree.  From a distance it beckoned to me, saying you must come and look and see the mysteries I have entwined in my bark. 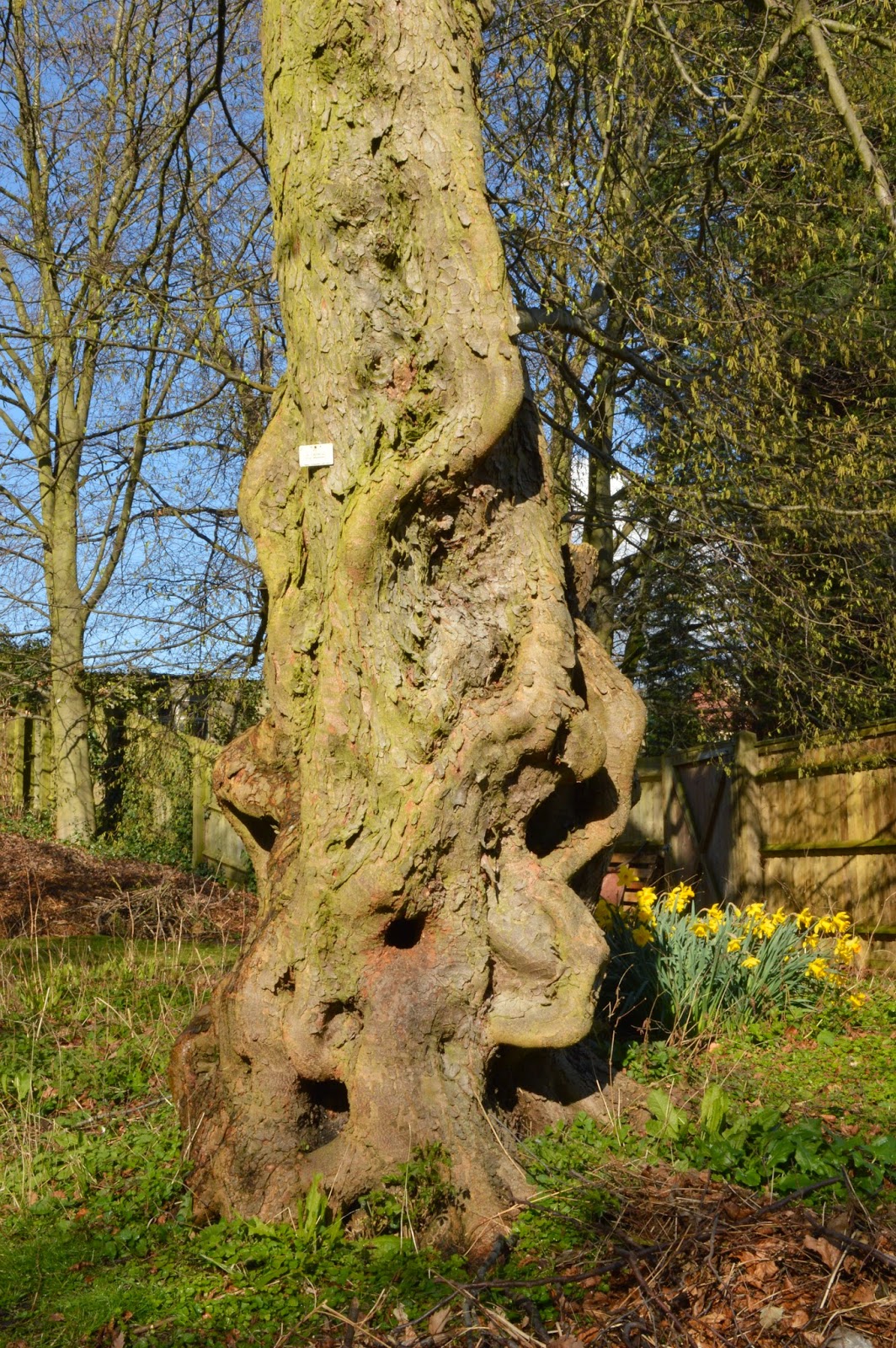 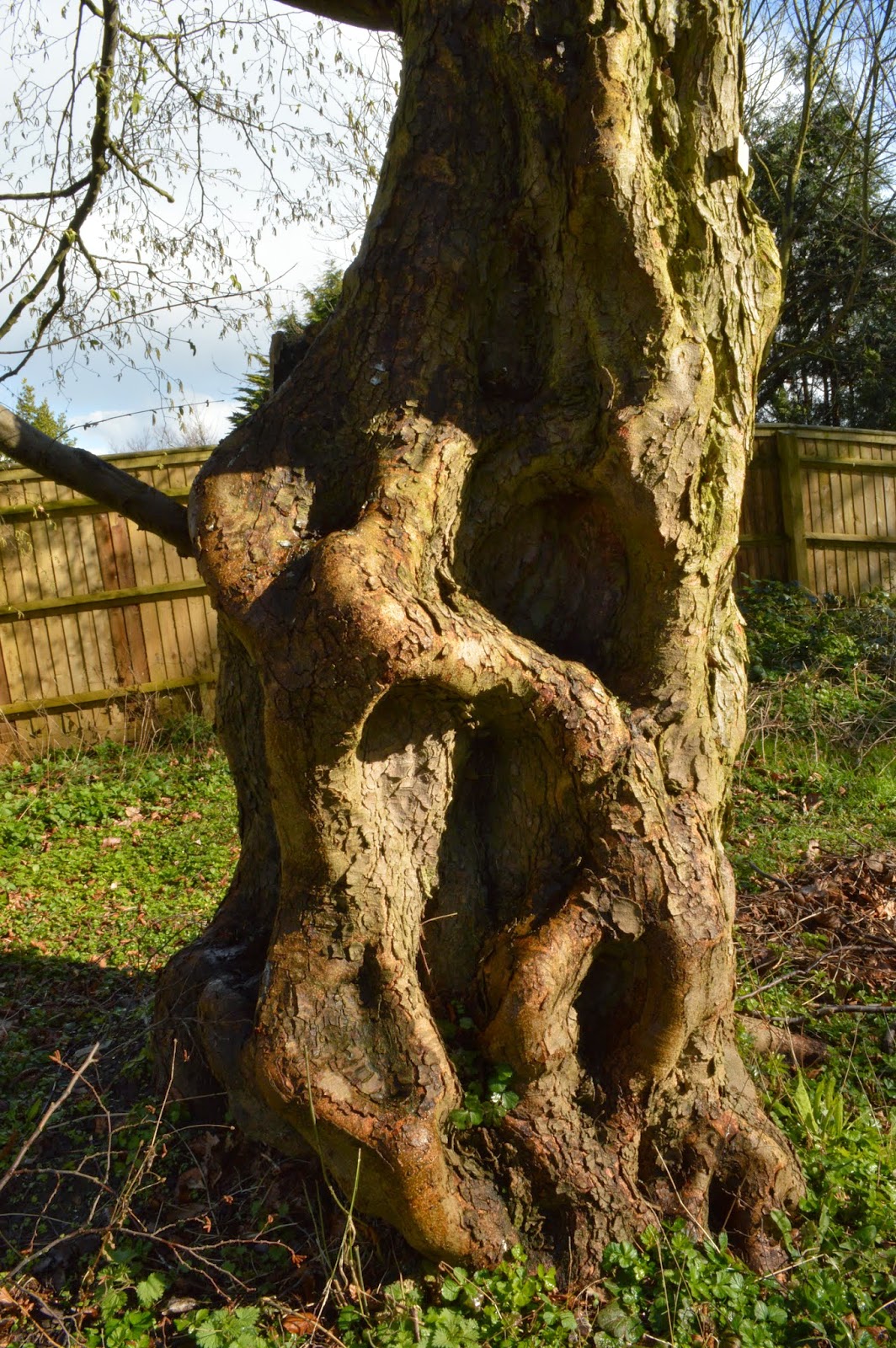 but it did not have to have hands put into some of the hollow pockets in the trunk, that would have been a bad idea, either something would have bitten the hand off, or maybe even worse, a hand from within may have taken hold of mine. 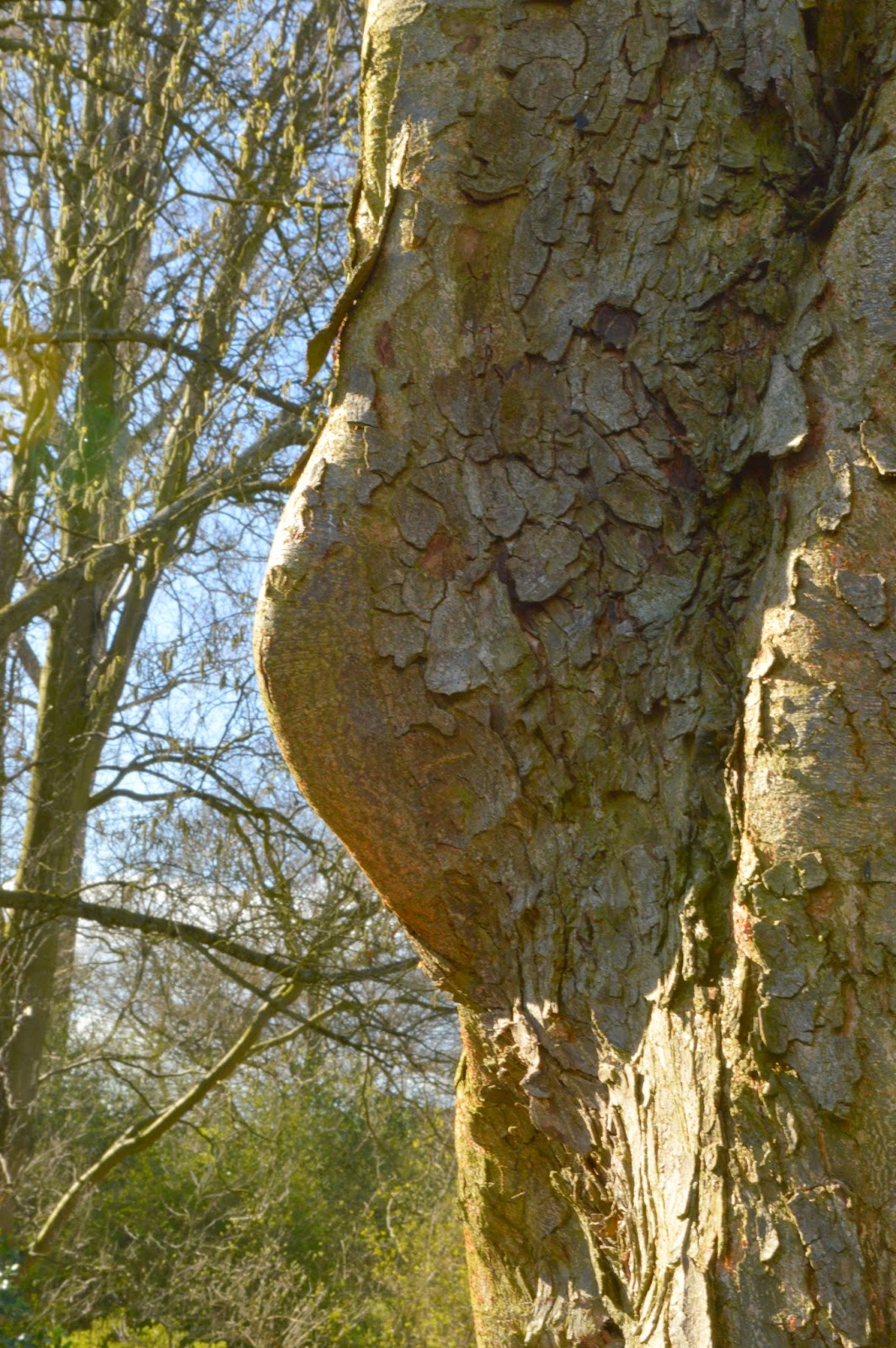 According to the somewhat helpful person with me, some bits looked like the tree was trying to get out of its own skin.  That thought won't promote nightmares much will it? 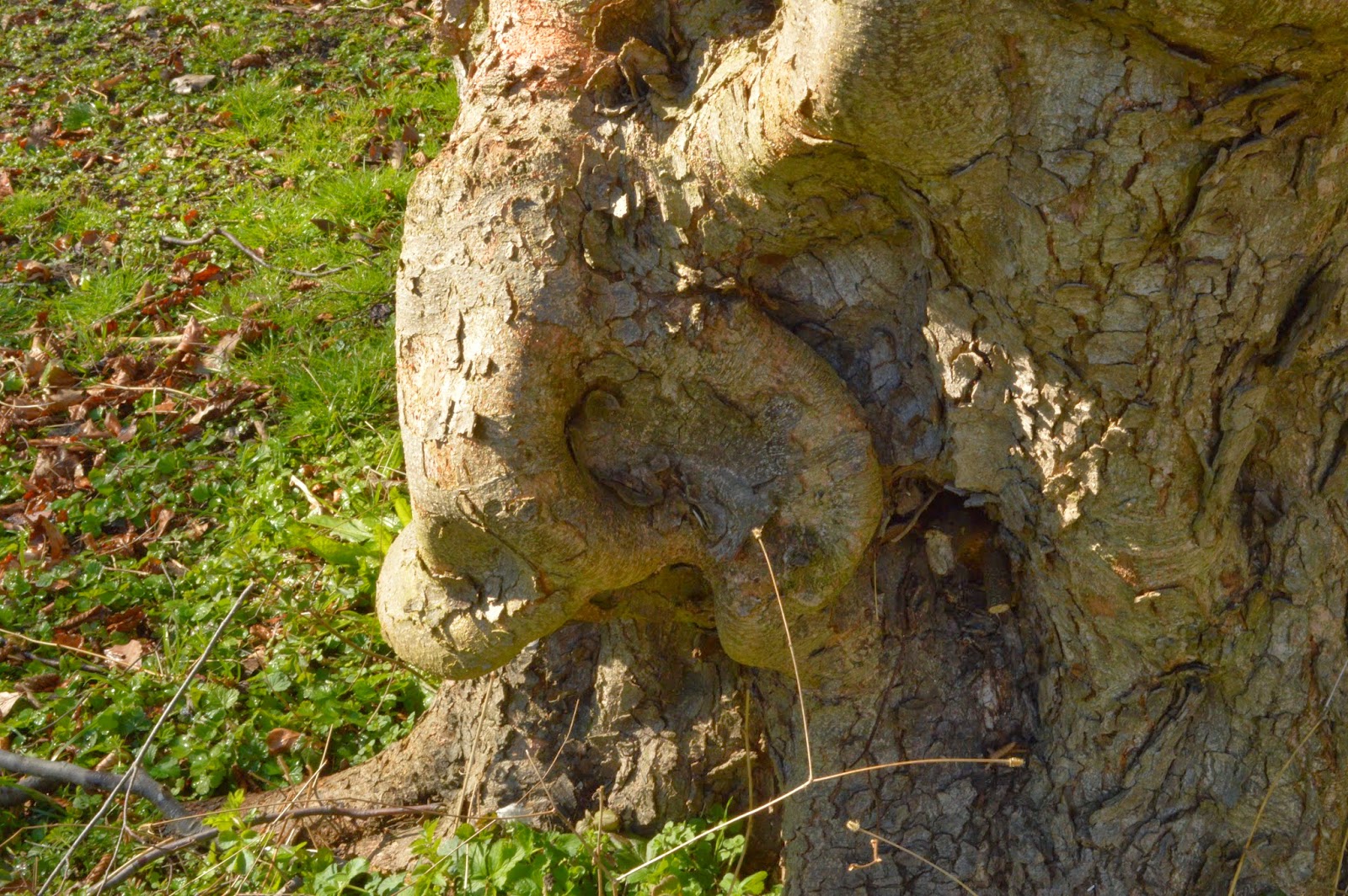 This bit looks like a rams head I thought, isn't the devil called the horned one? 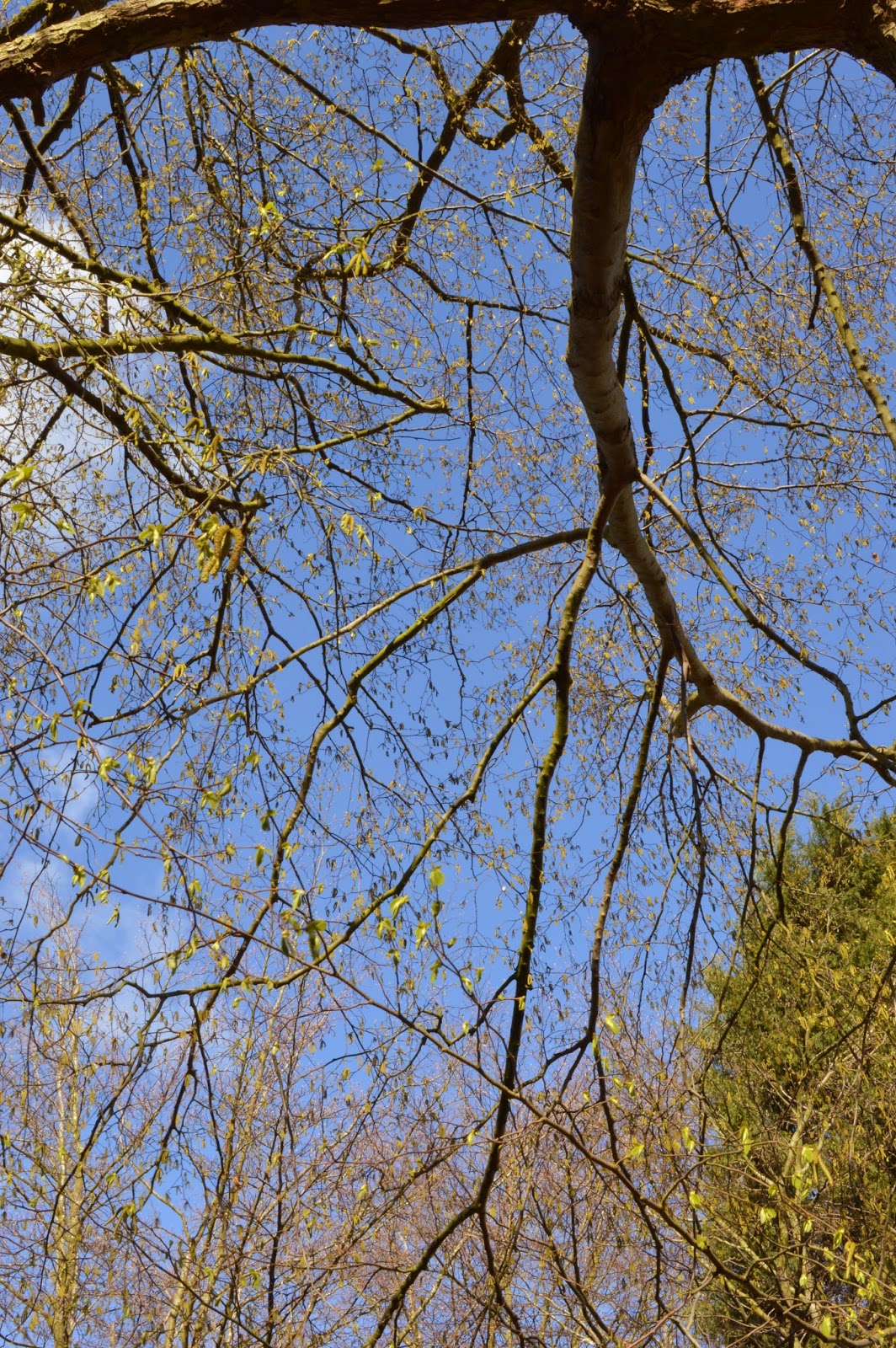 Why is it a ladder to another world?  Well hornbeam is known as a very hard wood and in mythology it is thought to be used as a ladder between worlds.  That is a great concept, I liked that.  It was certainly quite a tall tree and for all I know might have been bridging worlds. 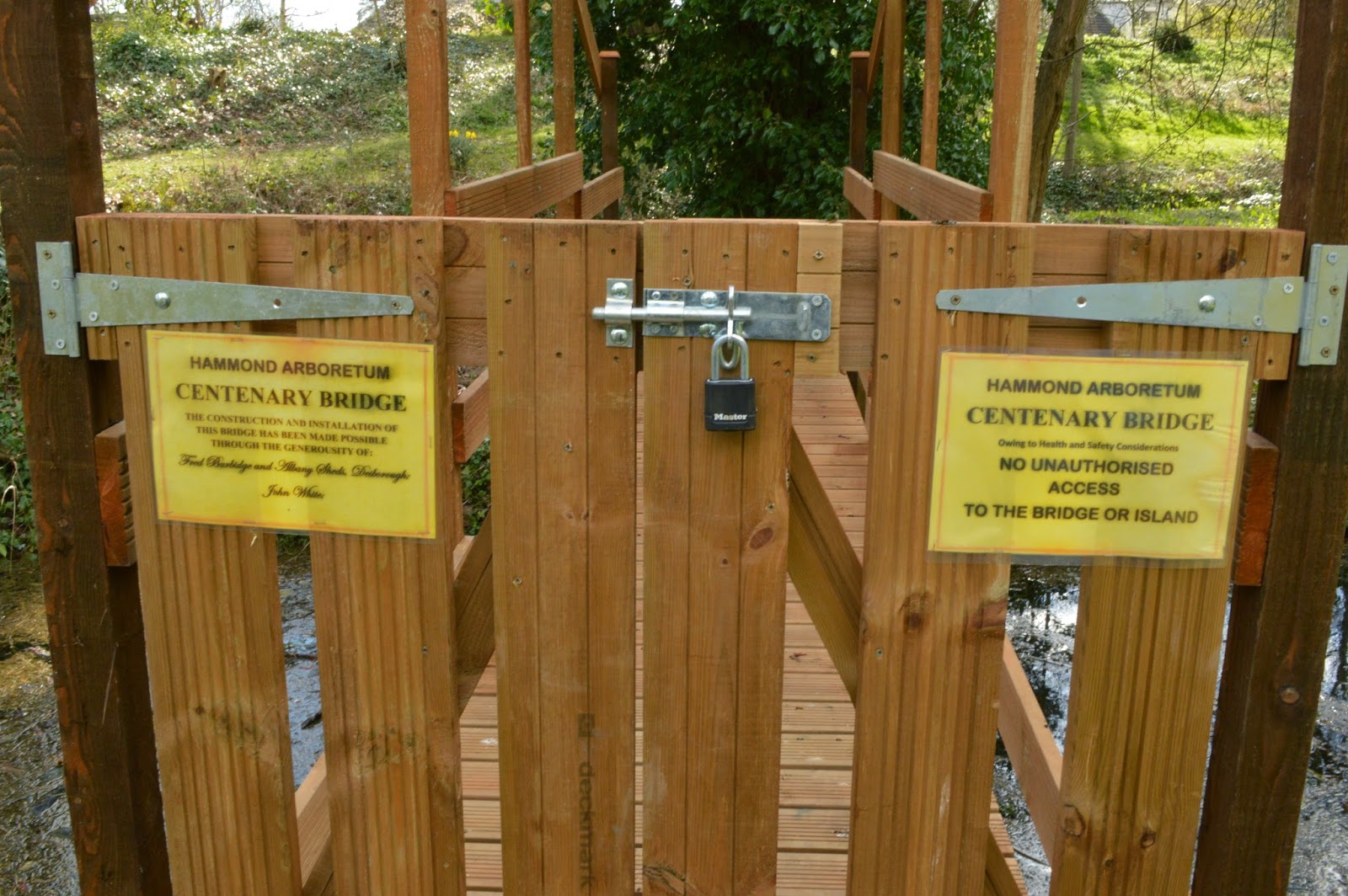 and it was possibly as effective as the bridge which reached to the little island, which may well contain a world or two, but was locked.